Thanks to the generosity of our supporters we recently met the challenge of having to pay the next installment towards the purchase of the land at High Kelling. 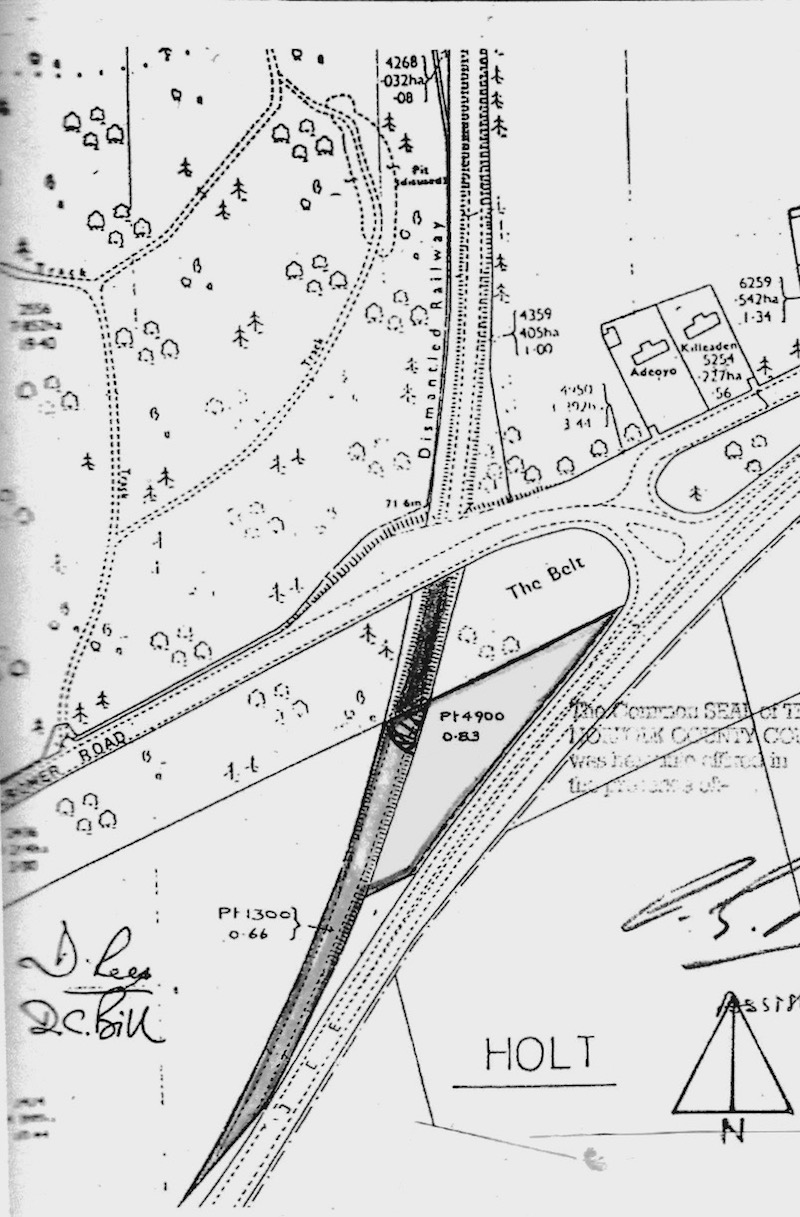 The land we have purchased is contained within the belt and we are now looking at Pt1300 which leads up to the Holt Bypass.

Together with the initial stretch of land we purchased from the County Council some time ago this means that we have reached the halfway mark towards purchasing this first part of the railway route and the prospect of getting into Holt.  We face many challenges ahead and we will keep everyone informed but this is good news which we wanted to share with you now.

From an end-on junction with the NNR’s tracks at their present terminus in High Kelling, the line will skirt the NNR’s planned Victorian school-room, then cross the Cromer Road by bridge or level crossing. It will then follow the old trackbed across the land we have just purchased and on towards the A148. It will follow the route of this road, running along the wide verge that was left when the road was built.

The housing development planned for the south of the bypass has had its roundabout junction with the bypass designed so as to not impede the rail line.

At Station Road there will be an interim terminus provided, which will be used until the line can be extended further west tunneling under Norwich Road to a permanent station near Valley Lane. From there the railway can eventually continue towards Melton Constable, the first part of the route here combining a footpath with the railway line.