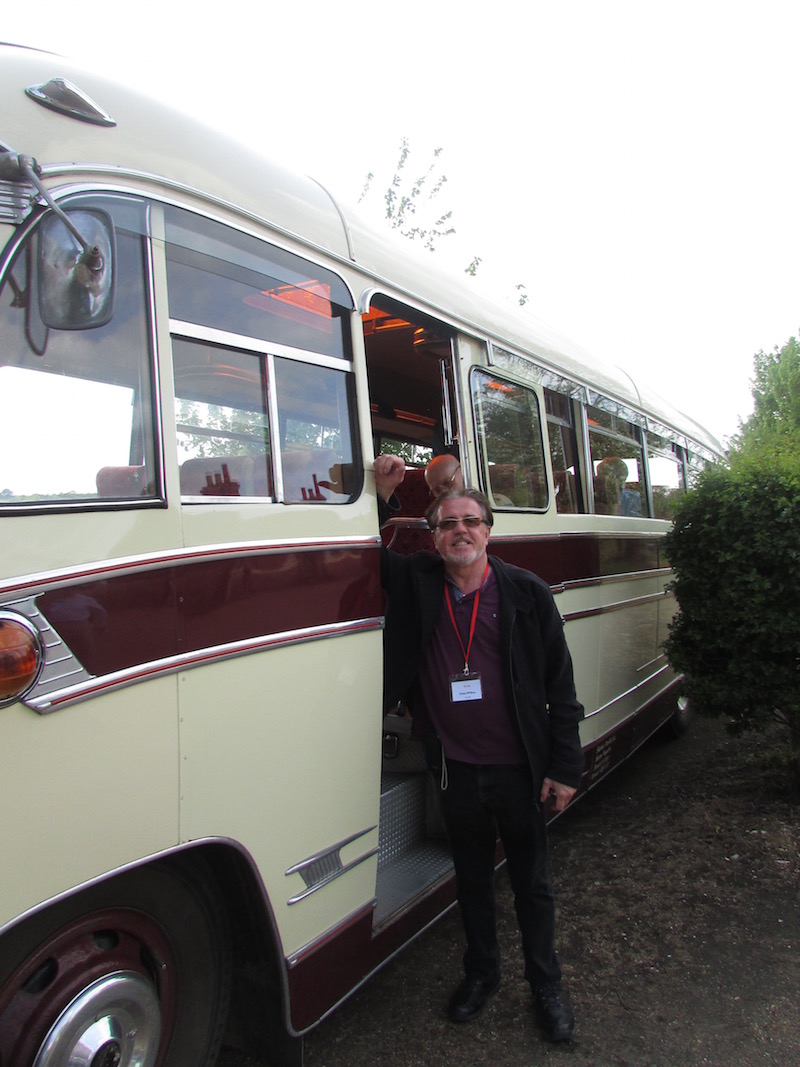 Colonel Stephens, a British light railway civil engineer holds a unique place in railway history for designing, building and managing sixteen light railways in the early years of the last century. They were built to provide links in areas where the main railway engineering companies had not constructed them due to the viability of the services. The light railways were constructed on tight budgets and used second hand materials and locomotives.

The pioneering attitude and approach to how these railways were built and operated has attracted a lot of interest over the years and a Colonel Stephens Society was formed. On the weekend of the 20th and 21st May, a Colonel Stephen’s 2017 AGM was held and members of the group took trips out on the Mid Norfolk Railway and on Sunday they travelled from Dereham to the North Norfolk Railway on a vintage 40 seater Bedford Duple coach.

On the return trip from Holt to Dereham, they were accompanied by Derek Haynes and Paul Young from the Norfolk Orbital railway project who highlighted some of the key railway points along the way. At County School Station, Dana Wiffen the Publicity Officer for the Colonel Stephens Society had a chat with Paul Young, you can listen here: