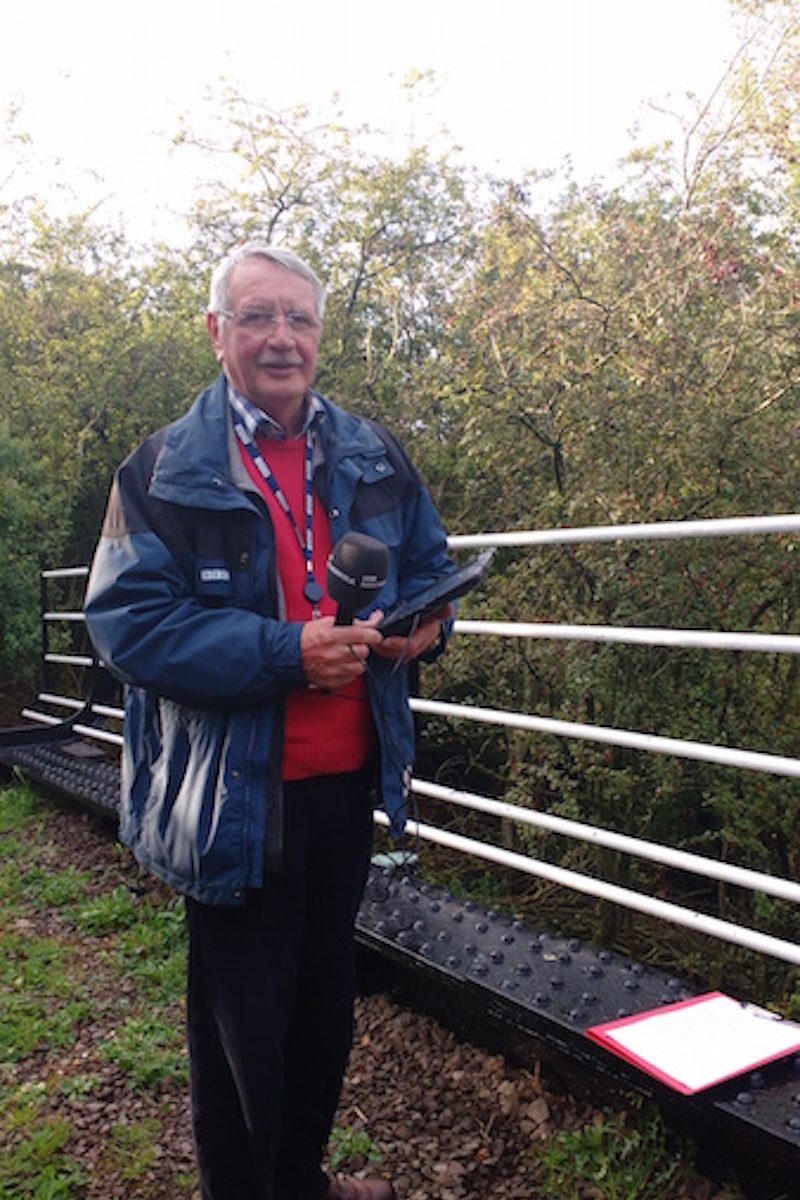 The popular BBC Radio Norfolk Presenter Wally Webb retired on the 2nd January 2021 after 40 years on air. He was one of the first presenters on Radio Norfolk when it launched and his first show was on the 14th September 1980. The first track he played was an AC/DC hit! Since then he has presented a number of shows including a Sunday Rock show and the early morning Breakfast show.

Wally is well known by many listeners as the roving reporter who travelled all over Norfolk interviewing local people and covering events in the region. On the 8th September 2017 he visited our section of railway land at Fakenham and interviewed Project Officer Paul Young after a recent spate of vandalism, here is that article. https://norfolk-orbital-railway.co.uk/newly-restored-fakenham-railway-bridge-1715-vandalised/

Once the interview was finished, our Project Officer Paul, who at the time worked for a local community radio station interviewed Wally as they were back along the track bed to their cars.

Listen here to the interview: