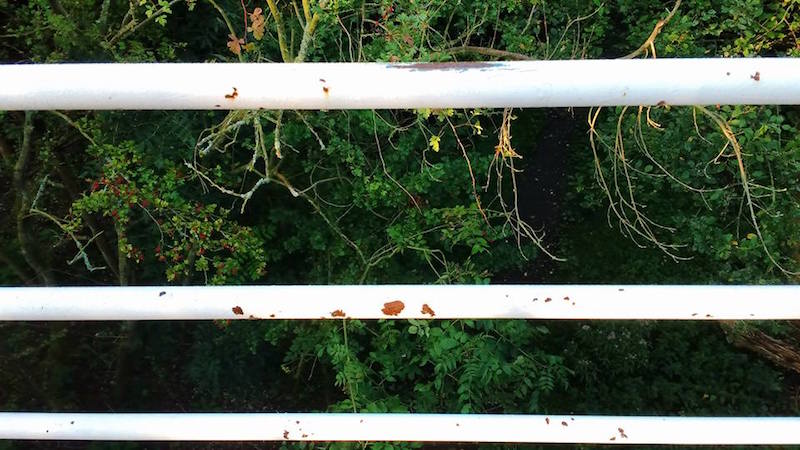 “The police are involved and let there be no doubt, once we find who is responsible, we shall seek prosecutions.”

Those were the words of Trevor Bailey, Chairman of Norfolk charity The Melton Constable Trust in response to two vandal attacks on the Trust’s property. Two and a half years ago the Trust bought, for £24,000, a section of the old Dereham to Fakenham railway at Pudding Norton, Fakenham together with two iconic bridges; one a three arch structure over the River Wensum and the second made of steel and spanning the town’s other old rail route. This was achieved solely with donations from the community. Ultimately, the aim is to restore rail services to Fakenham by linking up with the existing Mid Norfolk Railway(MNR) and introducing principally a public transport service of modern trains together with an extension of MNR’s heritage services. Until then, the Trust wants to make the site safe for walkers and community activities.

Earlier this year, the Trust was able to announce that it had been successful in gaining grants totalling £63,600 from the Heritage Lottery Fund and other charities and authorities. This was to be used to repair the bridges, which had received no maintenance since before 1980. It would also fund information panels explaining the history of the railway and the importance of the Wensum Valley environment, together with railway based educational materials for Fakenham Academy and a teachers’ course. This would include oral history recordings of local people who worked on or used the line before closure. Fakenham Area Conservation Group would help with maintenance of the area.

The largest task was to arrest the decay of the bridges and to make them safe for visitors to the site. The railway provides a very pleasant walk from the Norwich Road to the banks of the Wensum. The bridge restoration work was accomplished a matter of weeks ago by professional engineers who repaired masonry, repainted metalwork and crucially rebuilt the safety rails on the steel bridge.

“The state of the steel bridge over the old M & G N line was hazardous”, said Trevor Bailey. “Most of the safety rails were gone or seriously bent and corroded. Our engineers completely restored them and added in additional rails to keep visitors, and particularly children, safe. They put in a lot of strong new material. They finished this work only recently”

“Some days ago, we were told by local people who were on the spot that the steel bridge had already been the subject of an attack. One of the safety rails had been completely broken away from its supports and thrown onto the old track bed below the bridge. Another had been bent and it was clear that attempts had been made to destroy others.”

“Since then, there has been a second attack. Another safety rail has been destroyed and, from extensive damage to paintwork, it is clear that every effort was made to wreck the rest. This must have taken considerable force and determination.”

“It is heart breaking. An enormous amount of effort went into raising the money for the purchase of the land and bridges and for the work that is being done to make them useful to local people pending the restoration of the railway. All of it was done by unpaid volunteers and the site was only bought in the first place because people in the community cared about it enough to donate their own cash. The risk is that the information panels that are due to go on site will also be targets.”

The Trust is asking the public, including walkers who use the site, to keep a watch and report any sign of vandalism to both the police and to the Melton Constable Trust. If anyone thinks he knows who is responsible, the authorities will be very glad to hear.

Paul Young, the Trust’s Project Officer and local representative, said “If we are not going to see this project wrecked, we need the support of local people. We shall be very grateful for any information. It will also help enormously if members of the community can assist by patrolling the site. You can get in touch with me or one of our trustees who lives in North Norfolk, Derek Haynes to offer assistance or information.”

The police can be reached by dialling 101 or visiting their Public Enquiry Office at 30 Norwich Rd, Fakenham NR21 8BB.

“Our colleagues at the Mid Norfolk Railway have recently experienced similar vandalism”, added Paul Young. “Some of their carriages were attacked resulting in about £20,000 worth of damage. It is just possible that there is a connection. The two cases taken together certainly amount to a serious issue.”

“We are now faced with heavy additional costs to put right the damage, with the hope that it will not happen again. For a small volunteer run charity it is a quite a blow. Until repairs can be made, we ask walkers to take care and especially keep young children away from the bridge parapet”

The Trust is determined to press on with its work and to make sure that the police receive any information that is discovered about the culprits.

On the 8th September 2017, Project Officer Paul Young was interviewed by Wally Webb from BBC Radio Norfolk, which was played out on the Nick Conran Breakfast Show and you can listen to the interview here: