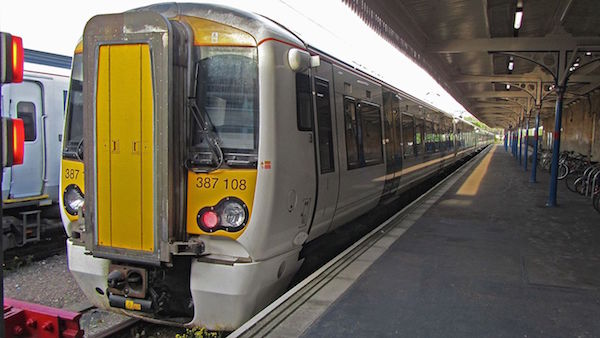 The King’s Lynn Hunstanton Railway Project Open Day in Hunstanton on 2nd December 2017 was a resounding success. Over 200 visitors attended the event, both families with young children, young adults, empty nesters and the ‘not-so-young’.

Visitors came from all over the country; a few former residents of Hunstanton now living overseas also attended. 138 petitions for a new railway to reconnect King’s Lynn with Hunstanton were signed. Signatories hailed from:

Two presentations were made on the day by Bob Edwards, a rail expert on the project team. Railway experts from the team also circulated amongst the visitors throughout the day, explaining technical issues, answering questions about potential rail track routes, car parking for passengers, feasibility studies to be undertaken, funding and the type of railway which will ultimately link properly with the national rail network.

Anglia TV were present during the day and conducted 3 on-camera interviews with members of the Project Team. Later in the day, BBC Radio Norfolk attended the event and recorded three more interviews for broadcast. Elaine Bird took photographs for publication in January Town & Around. The event was also attended by Councillors: Andrew Jamieson, Michael de Chenery of Horsburgh and Richard Bird.

Rigil Kent (Chairman) said “I am overwhelmed with the extremely positive response from the public who attended our open day; everybody that I spoke to on the day was in support of our aim to re-establish a line through to Kings Lynn.

The aim of the day was to launch the project to the public officially and to answer any queries that people have to the best of our ability at this stage of the project. The next steps are to raise funds to organise a properly conducted feasibility study to officially ascertain the need, the viability, funding, operation, route and management of the project going forward.”

Next Steps: The Railway Project Group has already set up a bank account and the immediate next steps are to raise funding for a full Feasibility Study to examine all aspects of the proposal including route and rail station options, the provision of car parking, overall costs of the tender and consultancy process, build costs of line options, and its long-term financial viability. The economic benefits to local area businesses and to the communities served by the new rail service will also be examined and quantified.

A petition is also running and if you wish to sign it then please click here: Reinstate train line from King’s Lynn to Hunstanton