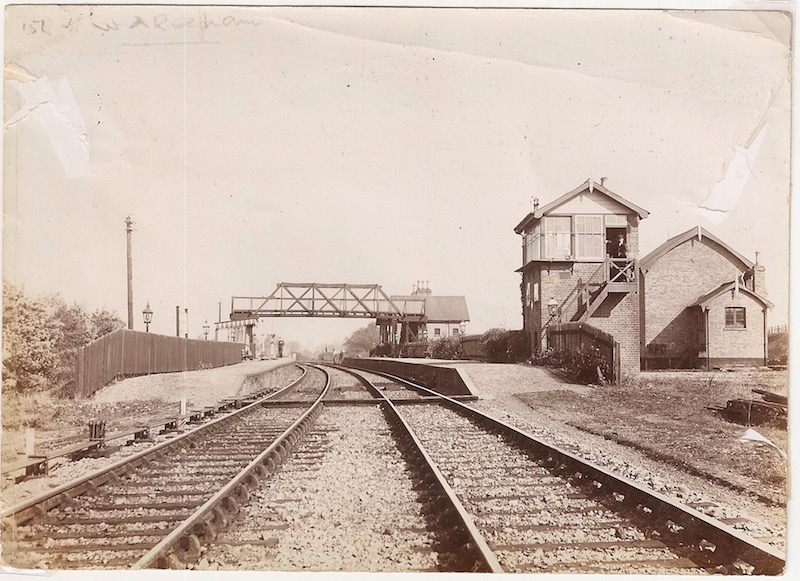 Whitwell & Reepham Station was opened on the 1st July 1882 and was part of the Midland and Great Northern Joint Railway’s (M&GN) branch from the main line at Melton Constable to Norwich City. The line was used for passengers and freight goods bringing coal from the Midlands to Norfolk and peat, for burning, dug out of the Broads together with grain for use outside the county. 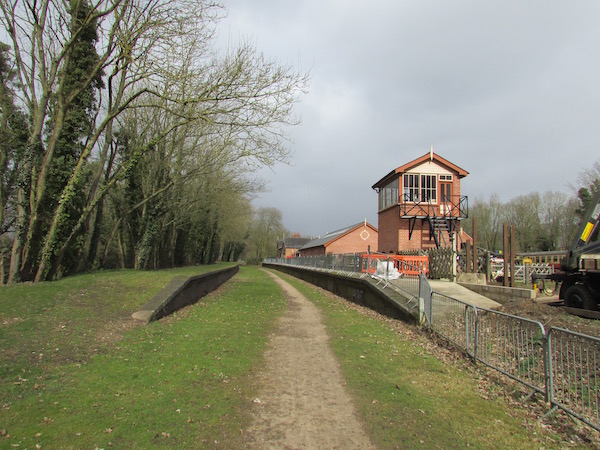 In the 1950’s with car ownership becoming more popular and affordable together with more freight being moved to the roads, rail usage started to decline. British Rail were losing money and radical decisions and cut backs were made. On the 2nd March 1959, the line was closed for passenger use however the station remained open for goods traffic until 1st May 1964. However the track through the station remained in place up until 1985 for movements of concrete products from Lenwade station, two miles away.

After the station closed faced an uncertain future, it was used for a variety of different purposes from a coach park to tree surgery. There was even talk at the time to relocate the station building and reassemble it at Holt for use by the newly formed North Norfolk Railway however Stalham Station building was used instead. Meanwhile once the track had been lifted, the track bed was used as part of the Marriott’s Way, named in memory of William Marriott who was Chief Engineer and Manager of the Midland and Great Northern Railway (M&GN) for 41 years.

In September 2007, railway enthusiast and local businessman Mike Urry bought the station site. In 2008 the Whitwell and Reepham Preservation Society was formed and phased plans were drawn up for the development of the heritage railway. Phase one is returning the station to its original layout by relaying track, running trains and restoring the station buildings. The impressive signal box has been the most recent building project and there are plans later in the year to get it operational. Phase two is to extend the line along Marriott’s Way to Lenwade and then re-create the Themelthorpe curve to Reepham station. Phase three would be linking up with either the Mid Norfolk Railway or North Norfolk Railway.

Before the relaying of the track on the trackbed can start, clarity of ownership and permissions need to be granted so a petition has been raised to provide backing and support. The Whitwell and Reepham Preservation Society are keen to progress but not at the detriment of the users of the Marriott’s Way.

The petition seeks to:

Clarify the term “Railway Land” of the Lynn and Fakenham Railway Acts 1876/81.

The Whitwell & Reepham Railway Preservation Society are a Heritage Railway and have been running for over 10 years. We  would like to relay track on an old track bed running from Whitwell & Reepham Station to Lenwade Station, making sure the existing users can still use the land as well. As part of the petition process they state that:

1) Clarify the position of the Lynn and Fakenham Railway Act of 1876 to 1881, the Eastern & Midlands Act 1883 to 1885, and the other railway almaganations up to Network Rail times, and to confirm the land under the Lynn and Fakenham Act still does in fact have an act of parliament still in force for the land to be used as a railway.

2) Clarify who actually has preference over this land if the point above is true.

3) Provide us with a written statement of the above.

Here is a link to the petition: The Petition

Our Project Officer Paul Young visited Whitwell & Reepham station and spoke with Richard Bailey, the society’s Safety Manager.  Richard has been with the group from the beginning in 2008 and has put in the petition.

Listen to the interview here:

Black and White photograph of Whitwell & Reepham Station copyright of the M&GN Circle.