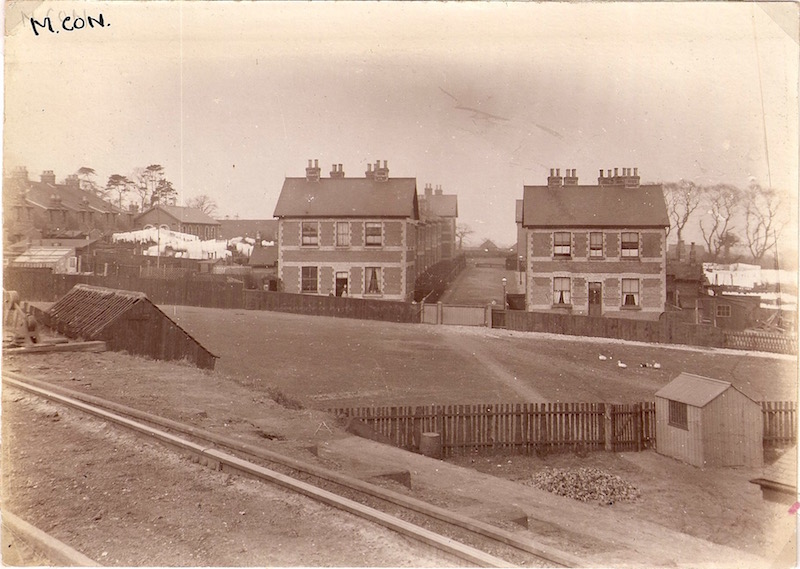 The Railway Institute in Melton Constable was built by the railway for the benefit of its workers as reading rooms, wash rooms and general recreation until the closure of the railway works in the early 1960’s. At that point a group of local people (and by then) ex-employees banded together and bought the freehold of the Railway Institute from the British Railways board, and formed a trust under the name of the Country Club that endures to this day. The Country Club offers many forms of social recreation to local people, including bar facilities, snooker, pool, a large function hall etc. Importantly we believe that the Railway Institute is one of the very last remaining in the whole country that largely operates as it was intended when it was built in the late Victorian era.

The historical importance of the building was recognised by both the Holt, Melton Constable & Fakenham Railway Company, and the Melton Constable Trust when it chose the landmark Railway Institute to be their registered offices.

Unfortunately as it is a large Victorian building with high associated running & repair costs, coupled with the nationwide downturn in the licenced trade, the building is in very real danger of having to close its doors. If this were to happen then the building would have to be sold, and would likely end up being converted into residential use – robbing the village of its only social centre and arguably the most significant building left from the era of the railway works in Melton Constable.

A concerted effort is now underway to try and save the Institute, and the renowned nine piece Mynx Soul Band have kindly agreed to do a fund raising concert at the Country Club free of charge on Saturday 28th October. Tickets in advance are £8 and are available from the Country Club, by phone on 01263 860555 or email a.loynes@homecall.co.uk. 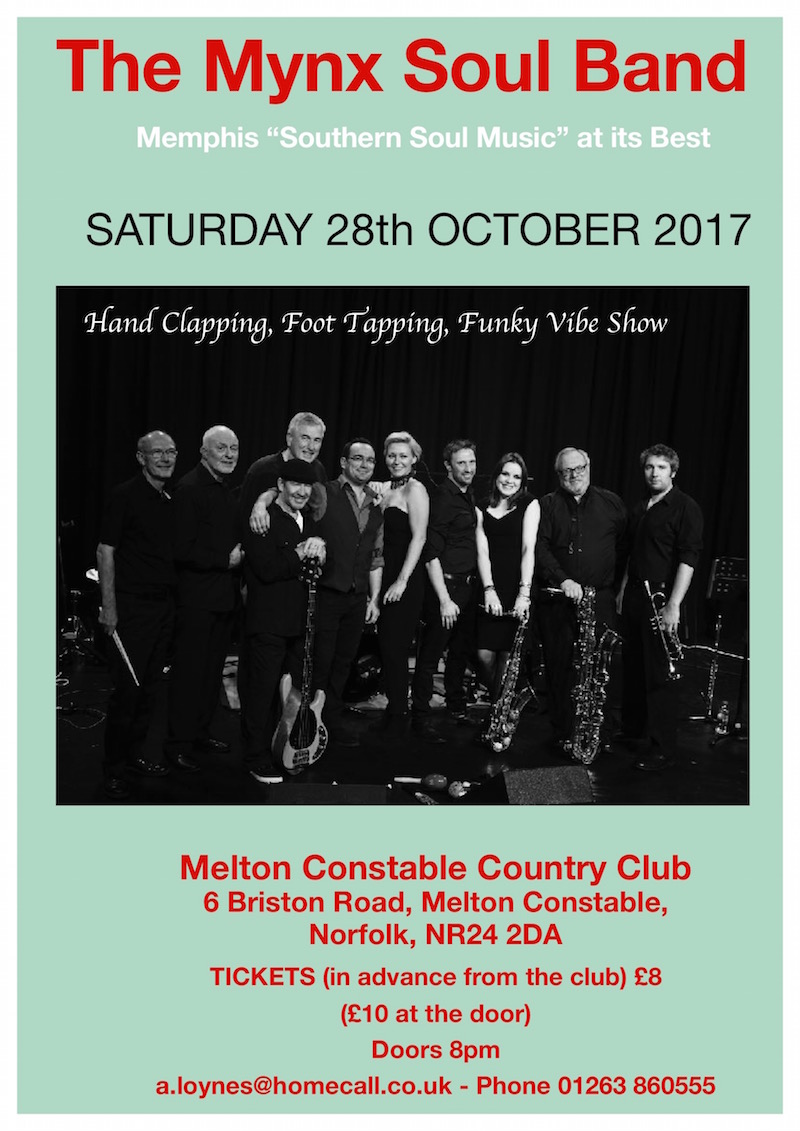 Donations are also invited to help save this unique piece of railway history, cheques should be made payable to The Country Club, and sent to the Railway Institute, 6 Briston Road, Melton Constable, Norfolk. NR24 2DA.

One of the club trustees, Adrian Loynes recently spoke with Norfolk Orbital Railways Project officer Paul Young and you can listen here:

Mr Frank Morgan was a Railwayman at Melton Constable and worked there for many years. In June 1999 when he was in his nineties, he wrote down his memories of the Railway Institute in 1927.

Built in 1896 as the Railway Institute and extended in 1912, this building was constructed for the recreation of railwaymen and for the furtherance of education for the apprentices that were employed on the works. After the extension it consisted of six rooms upstairs and 2 rooms and a dance hall and kitchen downstairs, the boiler house, 2 bathrooms and ladies and gents toilets were situated in the yard. A large cellar was situated underneath the 1912 extension.

In those days there was no demand for a lot of storage room and as Boy Scouts we were allowed to store all our camping equipment in there free of charge, until about 1930 when the Institute obtained a licence for selling alcohol. Then we had to find room in the Scout Hall for all the gear as the cellar was then needed for beer and stores. The members money was one penny per week for apprentices and two pence per week for adults. This was stopped out of your wage packet weekly. The staff employed was a caretaker and assistant…..I don’t recall anyone else. They did all the chores, serving at the counter and controlling all that went on including the letting of the baths which cost just four pence per bath. The hot water for the baths was supplied from the boiler which was situated next to the bathrooms. This boiler was also tended by the caretakers and the supply of coal was delivered by horse dray by Messers Attoe and Twiddy coal merchants, this was delivered a ton at a time and had to be carried in Cwt. sacks up the alley alongside the Institute and tipped through a hatch into the boiler house.

The reading room (now the billiard room) was very well equipped . Every daily newspaper was supplied and each was placed on the reading desks in a manner so that you could peruse the whole paper without any problem of slipping pages or any obstruction. The only snag being you had to stand up all the time. the large table in the middle of the room and the bench on the east side had all the books and periodicals of the day and all the seating in the room was of wooden but comfortable arm chairs. A notice hung on the wall stating that audible conversation was not permitted.

The next room was the Committee room, the only time the room was used was for Committee Meetings and as a gents cloak room when there was a dance on in the hall. Next came the Music Room probably so called because it housed a piano and was let to music teachers, was also used for evening classes for apprentices, at one end was a huge glass showcase which housed a large machine all made in wood and operated by a wooden handle, this was also for instructional use.

Next came the Library containing 3000 volumes, this was in the able hands of Mr. Loue Porter, it was only open on Monday evenings from 7 pm till 9 pm and members of the public were allowed to have books but I can’t remember what they had to pay for the privilege. Next came the juniors billiard room containing a 3/4 size table, this was for members 14 t0 16 years of age to learn to play on at 2d per half hour and Monday evenings the table cover was promptly put on by the librarian at 7 o-clock and cards approximately 10” x 8” laid all around the table and book numbers were printed on them from 1 to 3000 as an index and the name of the book. you made your selection from these cards and then studied the chart in the corner of the room and if the book you fancied was in the indicator showed green, if it was out it showed red.

The end room contained a full size billiard table and on reaching the age of 16 you were allowed to use this room and of course play on a full size table. The ground floor consisted of the dance hall which on Sundays was used by the “Railway Mission” and a Service was held at 11 am, Sunday School at 2.30 and another service at 6.30. During the week various organisations used it such as the Choral Society, Evening Classes etc.,

The kitchen was rather crude, containing some rather large ovens which I believe were gas fired. Next the Bar, a small counter which only covered an area of about 6’ x 6’ which only left about 4’ x 4’ for the caretaker to move around in. anyway this sufficed until about 1930 when the licence was granted and then things became a bit cramped but they soldiered on for several more years until it was eventually bought and taken over by the Country Club Committee and made into the nice club of today.

The north wall was a well upholstered seat and faced by 3 marble topped and iron framed tables, This was the only place that chess, dominoes, draughts etc. were played. Through now into the main billiard room which housed the reckoned second best billiard table in Norfolk. When we ‘became of age’ we seldom got the chance to play on it as it was mostly taken up by the ‘Nobility’.

At 10 pm everybody out, doors locked and bolted, gas lamp at the bottom of the yard extinguished, the 2 iron gates chained and locked and that’s it,